J August 23, 2015 11:19 am
Fire 1996 is India-set Canadian drama, two disparate wives related by marriage and united at first by the oppressiveness of Indian tradition that relegates them to miserable unions, find solace and love in each other’s arms.

The film opens as an unhappy young couple, Jatin and Sita, fumble through a conversation. Neither wanted to marry each other, but as it was arranged by Jatin’s family, they had no choice. Marriage does not stop Jatin, who owns a video store, from continuing his long-time love affair with a Chinese hairdresser. 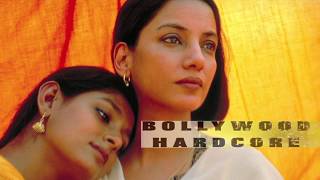 Caring nothing for Sita, he doesn’t even try to hide the affair. Jatin’s brother Ashok (who forced Jatin’s marriage) is married to Radha. Deeply frustrated at her inability to conceive, he has joined a radical cult that forbids all sexual contact. Ashok and Jatin’s demanding mother doesn’t help matters nor does the family’s twisted servant Mundu.

The Incredibly True Adventure of Two Girls in Love (1995)

Portrait of a Lady on